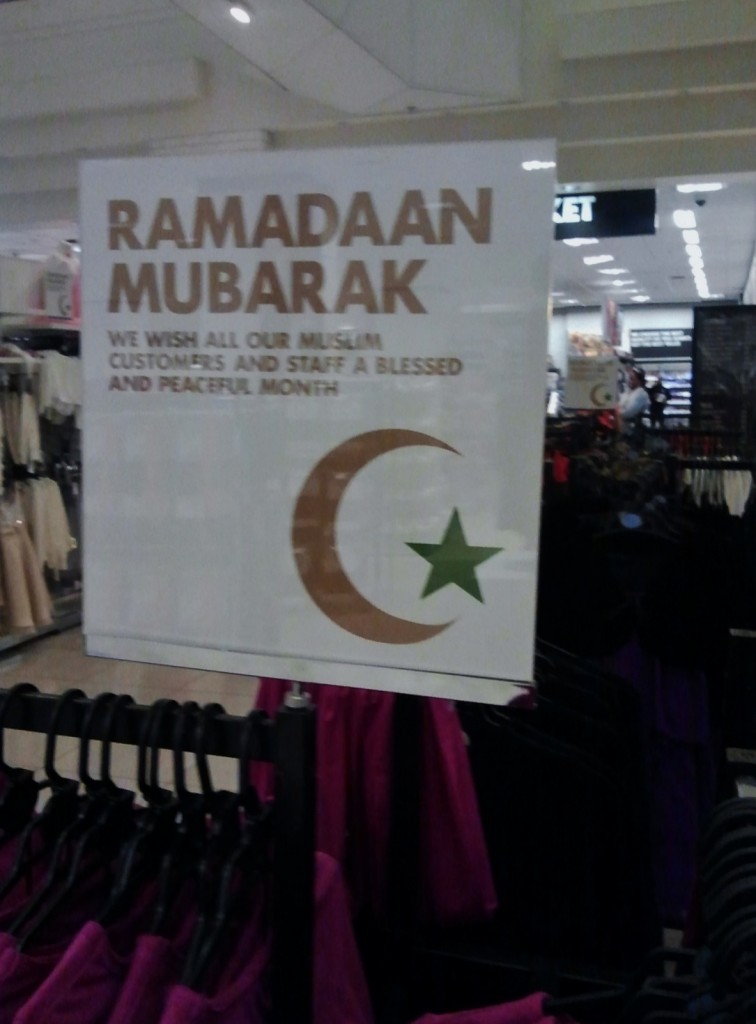 So it goes to show how ignorant I am about Islam that when I first saw this sign my reaction was, “I thought Ramadan was in the winter,” and then wondered for a second if the Southern Hemisphere did it during their winter so that the daily fast could be shorter.

But I did some research and, nope, Ramadan just happens to start in July this year (and was in August last year, and is clearly all over the Roman calendar from year to year). So basically, the Southern Hemisphere has it easy this year, and Northern Hemisphere Muslims are going to be HELLA enlightened while they can’t eat or drink during the long daylight hours of what sounds like one hell of a summer.

Anyway, this sign was striking to me not only because I’m dumb and don’t know when Ramadan is, but because public corporate acknowledgement of the existence of Islam is not really something that happens in the United States. Sure, sure, part of it is that we have a much smaller Muslim population (.8% nationwide compared to almost 10% of Cape Town), and it’s possible that in Michigan or other areas of the US where Islam is more practiced you might see signs just like this at department stores. But in my limited experience, this was still a culture shock.

One final note: these signs were over racks of dressy children’s clothes, which I cannot wait for my niece Veronica to be big enough for me to buy for her.