The HitchDieds have successfully made it to Cape Town, South Africa, but more in body than in spirit.

Lesson the first? “It’s a Small World After All” is total bullshit. The world is really fucking big. It took three days to get here, and only one of those days was because we foolishly routed our itinerary through the same airport servicing a global peace conference and British Airlines customer service takes freaking tea time from 11PM to 7AM EDT (Like, seriously, even 7-11s are open 24 hours, and have been for decades now). At some point in an interminable “distressed passenger” line I said, “we should have travelled by steamer.” If “by steamer” is a reasonable alternative method of transportation, wherever you are going is insanely far away.

And I felt every one of those 8,000 miles the first day, when we couldn’t get the necessary forms to access the internet in our temporary housing.  I felt every inch the second day, when we were able to connect but discovered that Gmail, Twitter, Facebook, and anything else that loads from a secure server was blocked.  I cried, and hated myself for crying over not being able to use social media; but then I thought, “How will I know when my niece is born? That’s not going to be on Cnn.com” and just let out the sobs out in earnest.

Throwing money at the problem, unsurprisingly, was the solution, and now I’m partying like it’s 1996 and watching my data usage for every tweet and photo upload.  This is better than nothing, I repeat over and over in my head.

And like with camping, there is glorious scenery to distract me, but I worry about staring at it too much lest I be marked even more obviously an outsider.  But when I cast a spare glance at Table Mountain dotted with those blown-out-umbrella shaped trees that just scream AFRICA, I feel like I’m in the first five minutes of The Lion King and my heart swells with the happy feeling of “This is an incredible adventure!” 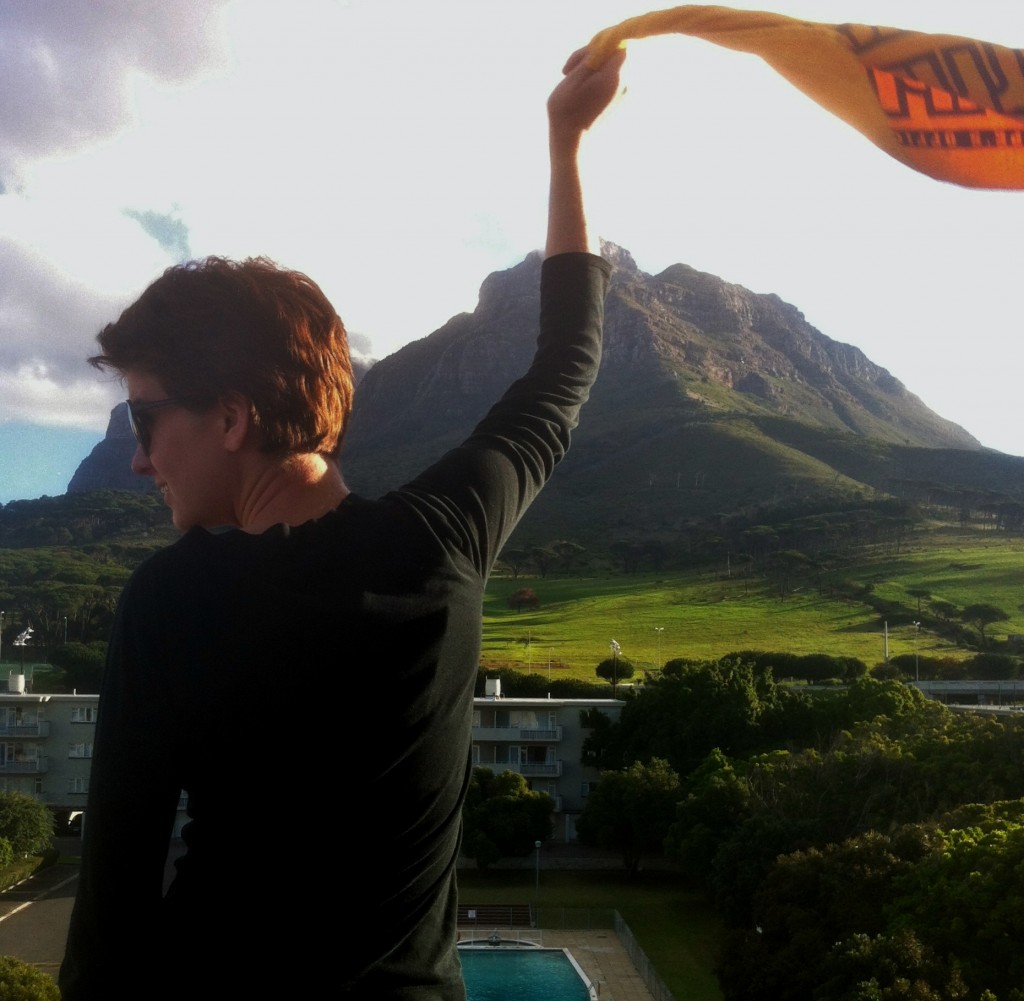 Furthermore, I think we’re on a pretty steep learning curve. Two days ago I thought those guys screaming at me from the overloaded vans were yelling racial slurs; today I found out they are just the barkers for an extremely affordable and subway-system fast taxi service.  Of course, going in a clown-car-packed minibus at subway speeds on regular roads is kind of bone-deep terrifying, but in a fun, bungee jumping kind of way, if bungee jumping took you to the mall. What could be better!?

Coca-Cola Light tastes like barfed-up Smarties, but a R20 bottle of wine (that’s under $3 US) is resolutely drinkable (and I do not feel the same way about California’s two buck chuck, so this is really exciting to me).  Meanwhile, a 16 oz box of pasta costs R35.

But as cheesy and ridiculous as this sounds, through it all, Collin and I have each other, and that is priceless.    We wake up next to each other, even if we do it at 2AM local time, and that’s worth two years without Diet Coke.