For reasons I never quite sorted out, Collin’s mom had a Botox Clinic-sized stack of slightly out-of-date women’s magazines in her house last weekend.  I have a deep abiding love for women’s mags, even if I am known to make fun of them.  They’re just like blogs, but on glossy paper! And they often have photos of makeup as though it has been smeared across the page, which for whatever reason tickles my lizard brain.

There was More, which I initially mistook as a plus-size fashion mag because Queen Latifah was on the cover and the tagline is “for women of style and substance” (plus, you know, the title being “More“), which actually is full of  moderately ambitious writing pieces on things like the Married Man Who Got Away alongside more typical women’s mag fare like articles about what kind of tea you should drink to avoid wrinkles.  There was Harper’s Bazaar, which I always love flipping through to see how much I COULD be spending on coats and shoes to make me feel better about my down-market shopping sprees. There was Self, which won the prize for lamest cover-blurb-to-actual-article interest ratio, when “The number one sex fantasy for EVERYONE” turned out to be freakin’ vampires.

And then there was Health, which is not the same magazine as Women’s Health.  Health is like a women’s magazine that forgot to have shame.  Case in point, there was an article in there called “Yes, You Really Need That” outlining why you need all the new kinds of makeup that you got by without up until now.  I made fun of how transparently Health has advertising masquerading as content.  But I also secretly ate up every word, because YES, primer HAS been missing from my life!  And I am obsessed with my new brow wax, which fills in and shapes my eyebrows all in a few quick pencil strokes!

But Collin didn’t hear that part, so when he said, “Come look at the sweet thing I did for you!” after dinner, I maybe shouldn’t have been so surprised to see this: 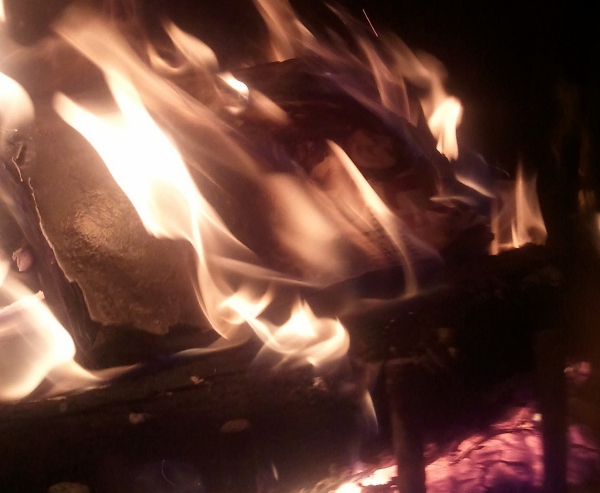 Poor Michelle Monaghan. Made of Honor wasn’t that bad.

Now I’ll never know which more-expensive brow wax I should be lusting after every time I go to Sephora!  Meanwhile, I use Revlon ColorStay Brow Enhancer

, in blonde even though I have dark brown eyebrows (so light-browed people, sorry, you might be SOL unless you can get your hands on that issue of Health). It has a highlighter on the other end, which is cool, but it seems to last all of 18 seconds even with primer underneath, so not that cool.

Anyone else using brow wax or any other the-future-is-here new makeup that I should know about?