My husband was the prom king.  I didn’t even go to my prom.  Needless to say, we had very different high school experiences.  The only way this seems to have affected our relationship is we differ in how we feel about Collin having been prom king.  He’s humbly embarrassed (and will probably be grumpy with me for putting this on my blog), and I find it adorable beyond words. In my lamer moments, I brag about marrying a prom king like it’s metaphorical proof of my own pulling-out-the-ponytail-trading-glasses-for-contacts-late-blooming (except not really, because I totally had contacts starting at like, age 12.  Despite what Hollywood tells you, contacts are not an express shuttle out of Awkwardville).  But really, not being a cool kid in high school left no lingering scars on my psyche. High school was really fun and I have almost entirely fond memories of it, even though I haven’t missed it since, well, the day I graduated.

You Again is a movie for people who have stronger feelings about high school.  It’s a multi-generational saga of high school baggage.  Is it true that “who we are in high school determines who we are for the rest of our livs,” as Kristen Bell’s Marni ruefully observes, even though she’s transformed from ugly duckling into highly-successful swan? And if the high school nerd can make good through better grooming and career advancement, can the popular Mean Girl redeem herself through charity and good works?  Can high school frenemies outgrow their bitchy one-ups-manship by middle age, or do the passing decades just give them more to compete over? 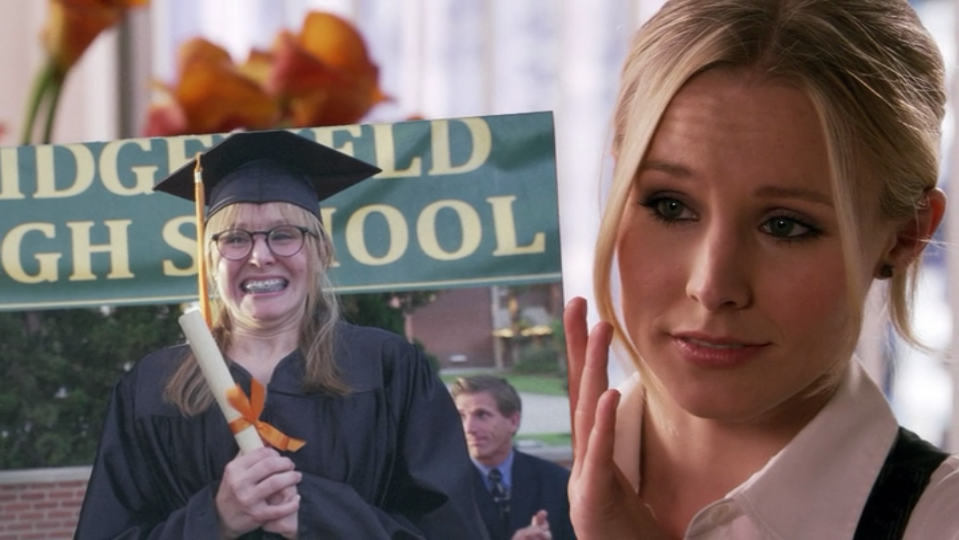 This is the “drama” and “conflict” arising when Marni’s older brother proposes to her high school nemesis Joanna (Odette Yustman. Sidebar: I really like the name Odette, but I’m not nearly pretentious enough to actually bestow it upon any potential HithDied spawn, so I just have my fingers crossed that it pulls an Isabella).  Joanna was a relentless bitch in high school, the self-proclaimed “warden of Ridgefield High.”  She purports not to remember Marni, and is now your standard Annoyingly Perfect rom-com character.  [She’s also in the Epic League of Orphaned Wedding-Movie Characters, which continues to astound me with its staggering ranks.] 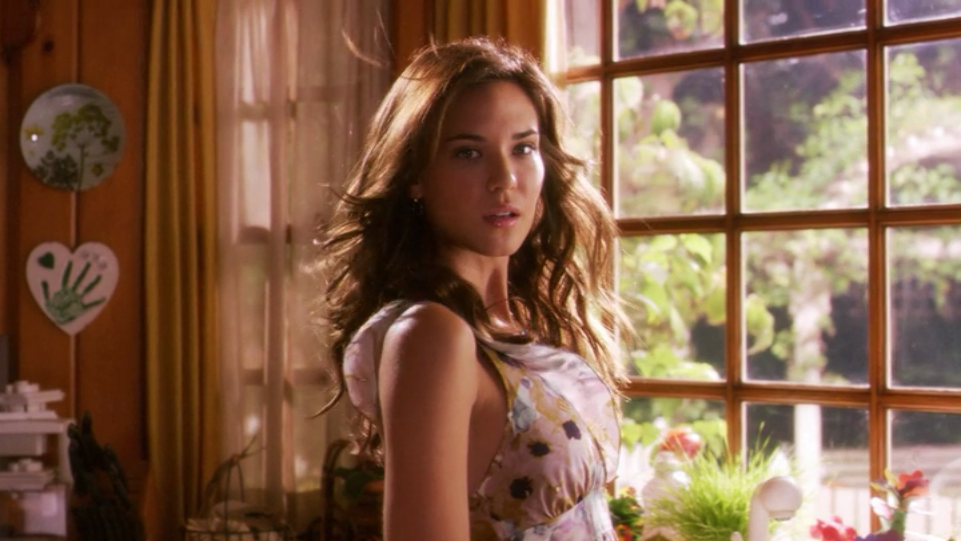 Comincidentally (that’s a word I just made up to mean “comedically coincidentally,” even though this coincidence is only allegedly comedic), Joanna’s aunt Ramona is Marni’s mom’s high school nemesis.  Unilke Joanna and Marni, Ramona and Gail were allegedly friends, but were in constant competition until things boiled over when Ramona pushed Gail into the pool at prom (And before you can ask, “Proms have pools? See the introductory paragraph. I don’t know from proms. I do know there’s a freaking beach at the prom in Just One of the Guys, so I accept the presence of a pool at face value.).  Ramona is fabulously wealthy and pretentious in that casually-drops-French-expressions-into-conversation-kind of way, which is Sigourney Weaver’s second-best character type after Ellen Ripley (see also: Working Girl). 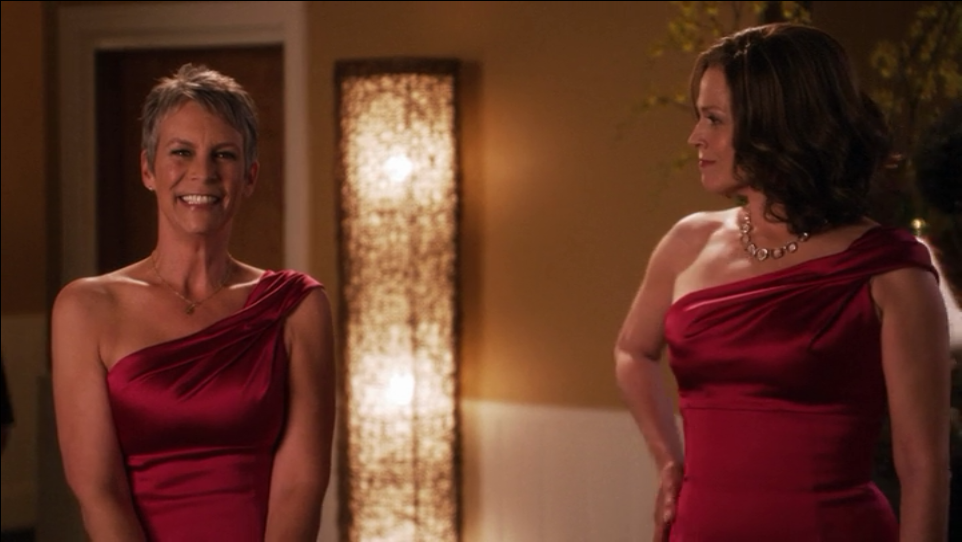 I can’t believe I’m about to say this about a wedding comedy, but there’s entirely too much plot in this movie.  We’ve got the competitive antics between two sets of high school rivals, we’ve got over-the-top wedding planning courtesy of Kristin Chenowith, we’ve got Marni’s unoriginal efforts to derail her brother’s wedding with a bride-besmirching rehearsal dinner video presentation, we’ve got Joanna’s clingy ex popping in and out, some kind of property struggle over a tree house, and the inevitable romantic subplot for Marni.  Oh, and Betty White as a randy grandma, because I think there’s a tax break for that.  I found myself only 15% involved in any of these plot threads.  Too bad for You Again that investment wasn’t cumulative, because then I would have gotten entertainment equivalent to at least 1.5 total romcoms.

That being said, You Again isn’t terrible or anything.  I was worried it would be all about how bitches be crazy and women all hate each other, but only the first two and a half acts are about that, and the last ten minutes or so try to make up for it with some stuff suggesting Sisterhood is Powerful.  The last ten minutes also feature a one-two punch of awesome cameos that I refuse to give away.  So even though I’m clearly outside its target audience of people traumatized by high school, watching You Again was not a wasted 90 minutes of my life. I enjoyed it more than I would have the second half of the Steeler’s abysmal season-opener, at least.