There are certain near-universal bodily traits that our culture has arbitrarily decided are unattractive on a woman. Take body hair: almost every woman has it, and most women spend hours and too many dollars getting rid of it. But at the end of all that fuss, we don’t have body hair. So that beauty demand can stick around, for now.

But I can’t understand why we would let our culture punish us for a nearly-universal trait we have no control over. There is no reason for almost every woman to feel bad about something on her body that she can’t get rid of and that nearly everyone else has. That would be like if we all felt ugly because we have necks.

I’m talking about armpit fat. You know, boob wings. Pectoral pudge. Suspender squishes. Pit tits.1 That little bulge of fat between your armpit and your breast.

I had my final dress fitting yesterday, and there was another woman in the shop having her first. Based on the row of safety pins up both sides of her dress, she’d lost a bit of weight recently. But her dress was strapless, and you could see two little wedges of fat next to her armpits. She desperately wanted the dress to be altered to conceal these bulges. Every ten seconds she hoisted the neckline hoping for a few more centimeters of coverage. It’s a dance I’m sure anyone who’s ever worn a strapless dress is familiar with, because armpit fat is the nemesis of women in strapless dresses. 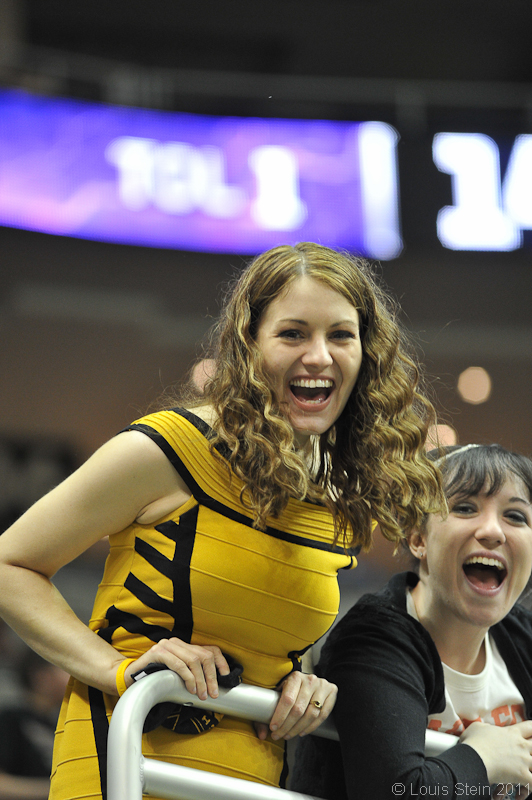 This is my current Facebook profile picture. I love this picture of me because it captures how happy I felt in that moment: on my birthday, watching the Pittsburgh Power, finally seeing my friend Louis on the sideline acting in the capacity of official photographer because he’s just that badass. (And also because my hair looks pretty.) A few days ago I noticed, with what I will admit was dismay, that my armpit fat is out in full force in that photo. The photo I’ve been representing as the quintessential image of me to Internet stalkers for MONTHS! Quelle horreur!

Except, no. I look great in that photo. My armpit fat is visible because I am a HUMAN WOMAN and I am not in the hand-on-jutted-hip Red Carpet Posture. Do you really want to spend your wedding day and the rest of your photographed life twisted into an unnatural position? To hide a part of your body that is never going away? A part that everyone else has too?

You don’t have to. You don’t need to love your armpit fat, and we don’t need to reprogram society to find a bigger bra bulge sexy (yet). But stop worrying so much about it. Stop dreading it. Stop hoisting your dress up to hide it. It’s there, it’s not going anywhere, so get used to it.

Nobody’s eye will zero in on your armpit fat if you carry yourself with confidence. And you’ll never feel confident if you hate a part of your body that can’t be changed. So join me in granting amnesty to armpit fat.

1Slang terms provided by Bridal Hootenanny members Megan and Liz, who are heroes.

Leave a Reply to Laura @ Saying "I do" Cancel reply