Four years ago today, I met my husband.

[I'm not going to repeat the details of that terribly embarrassing story, although you can find them in the archive this blog if you are determined to do so. ]

This “anniversary” doesn’t really matter anymore, now that we’re married.  But I still find myself noting the date and making semi-special plans to mark the occasion, and not just because I love excuses to celebrate.

Because this is the first time that I actually feel like I’ve been with Collin “long enough.” Long enough that this relationship, even this marriage isn’t new.

When Collin and I started dating, there had never been a black president of the United States! 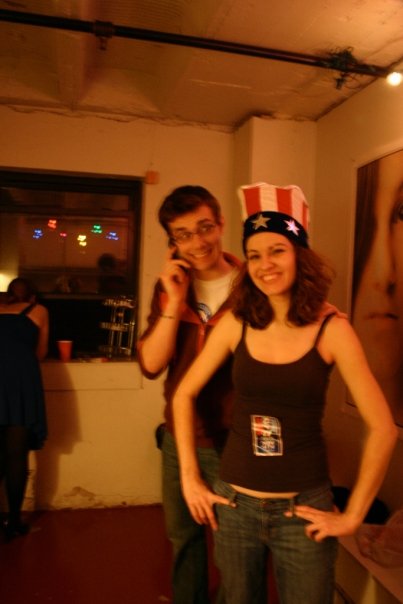 We’ve been together long enough that I look at that picture and think, “We’re so young!” I’ve never had that with a romantic partner before.  It’s a nice feeling.

And I hope I look back on this post in forty years and think it’s hilarious (in a nice way) that four years felt like a long time.