We had some drama when it came to toasts at our wedding.  Collin’s family is a lot bigger than mine, and more gregarious and exuberant than mine, and I worried that during the toasts/speeches, more than any other time, I would feel like I was a guest at Collin’s wedding.

And I thought I was going to have to twist my matron of honor/blood sister’s arm to make her publicly speak at our wedding.

It was unbalanced.  But that wasn’t reason enough to censor anyone in Collin’s family who wanted to talk.  We had a few of my BFFs speak at the rehearsal dinner.

Collin’s parents started out with a lovely message of support, comedy highlights including Tom saying “Rollin and Cobin… wait… Cobin and Rollin… ugh” and Viki recreating her disbelief when I described my vision for the wedding.  Heartstring-tugging highlights include the sound of hundreds of glasses clinking after Tom shouted “L’Chaim” and Viki honoring my parents’ memory by thanking them for raising someone so awesome. 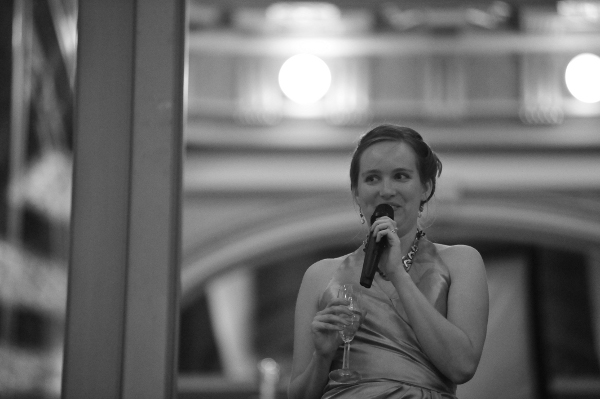 Speaking of awesome people my parents raised, my sister’s speech came next.  She started out by remembering the good old days, when I was the youngest of the group of kids on my block who hung out, and I’d follow around my cool older sister and she’d sometimes want to ditch me for the other Big Kids.  “When I was 12 and she was 8, I thought I was way cooler than her.  Little did I know, that she would grow up to be the cool one.”  She talked about how she was nervous about having to write her speech, but when she sat down to think about it, she actually had to edit down all the bragging she wanted to do about me, and “all the ways I look up to her even though she’s my little sister.”  Which made me cry.

Then it was everyone else’s turn to cry.  My little brother John spoke next, repeating back the Four Rules that I had for him when I took care of him the year after our parents died, and repurposing them as marriage advice. 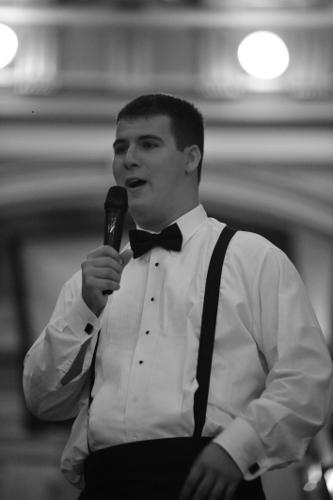 1. Don’t break yourself. [Take care of yourselves.]

Both of my siblings gave AWESOME speeches, and they totally NAILED the delivery despite their alleged shyness.

Collin’s brother Justin went next, and in a complete coincidence, also parroted back something Collin had said to him, Collin’s Best Man speech from Justin’s wedding. He outlined the phases of our displays of affection: the gaze, the bounce, the pretzel.  Justin and Claudia’s wedding was before my time, but from what I hear, Justin’s speech was a dramatically abbreviated version of Collin’s.  Justin also won points with me by saying, “I’m so glad to have another feminist in the family.”  Ditto, Justin! 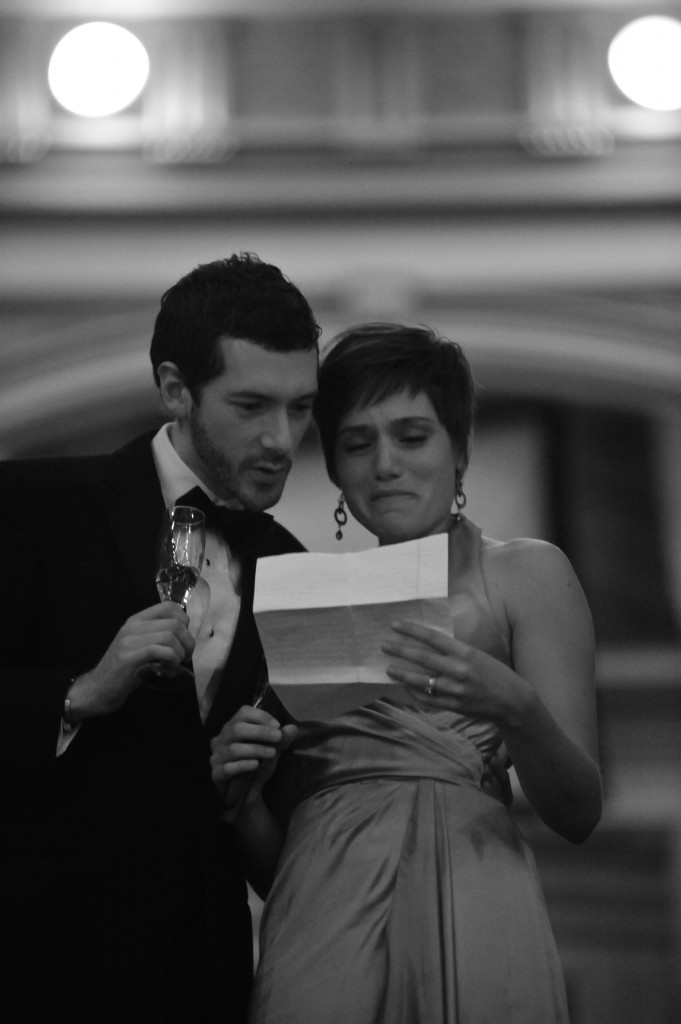 Then Collin’s twin sister Carrie spoke, and as predicted, was “the cry-baby up here.”  Justin tried to help her read what she wrote, but she brushed him off and rallied. And then she said, “Collin and Robin,” and started to cry again.  It was pretty damn sweet.  Carrie said that Collin was “my oldest friend, we were friends before we were born, back when we were wombmates” and explained Collin’s pet names by saying, “you have to make up new words because there are none in the English language to express the joy of the love you feel.”

Finally, Collin’s grandfather came up and said, “May the most you want be the least you get,” which is one of his favorite things to say.

So yeah, that was a MILLION SPEECHES.  And I got really antsy toward the end, like, “Oh my god, I’m ruining everyone’s fun! Are they still serving courses?”  So we totally rushed through our “thank you for toasting us” speeches; I refuse to listen back to them so I could tell you any details because I’m sure I seem like a harried crazy lady.  But I’m pretty sure it didn’t ruin everyone’s time, in fact, many people commented on how great the speeches were, and the memories of what was said in our honor was certainly one of the highlights of my evening. 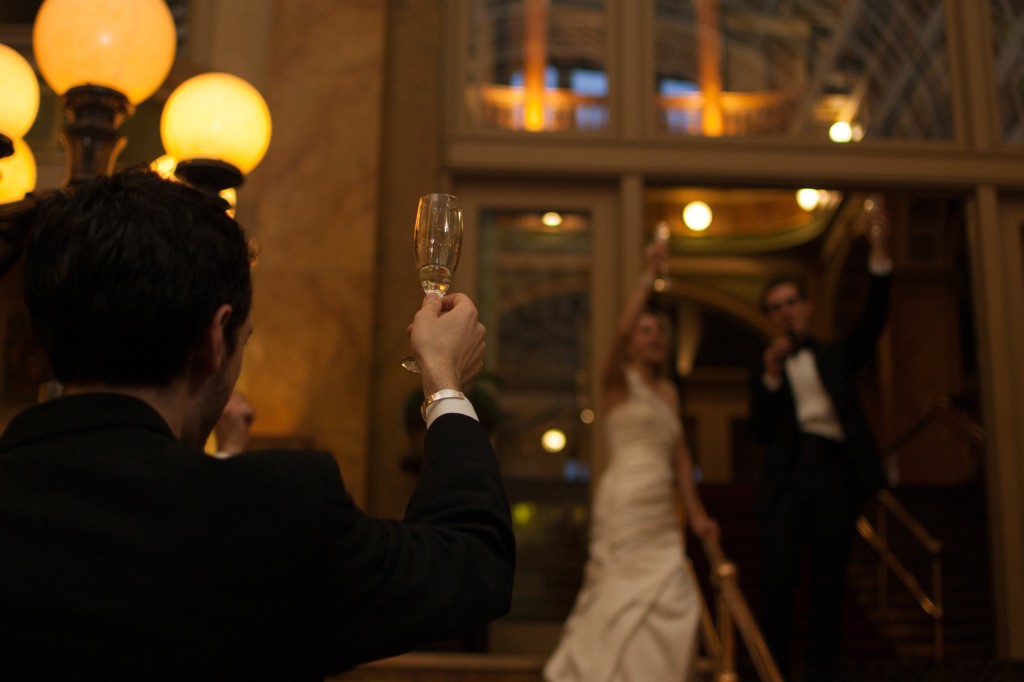