Our wedding shower was, in a word, awesome.

Despite my recent cool-as-a-cuke post, my anxiety returned with a vengeance the day of the shower. I was mostly nervous about the high heat and the cicadas making our outdoor party icky. I was also nervous about remembering the names of the 10 (TEN!) hostesses and their partners. And finally, I was nervous about not being up to the task of opening a bunch of presents in a graceful, speedy, entertaining fashion. I was so nervous, my stomach basically felt like this:

Per ushe, this anxiety was not called for. I remembered enough names to impress people and whenever I didn’t, no one took offense. It was hot, like, legs-constantly-dripping-sweat hot, but it wasn’t anything cold beer couldn’t fix. The cicadas mostly stayed away. And opening presents did not take that long. And as far as I could tell, it wasn’t too terribly awkward, but I’m not a great judge because I was the one getting a bunch of cool stuff and I’d had a few more of the aforementioned cold beers than most of our guests. 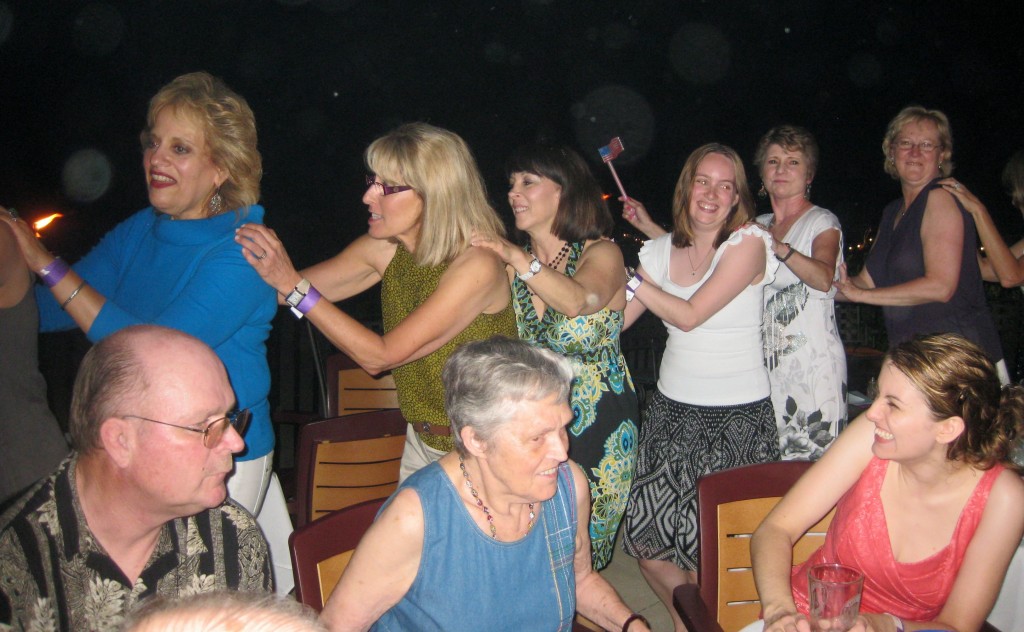